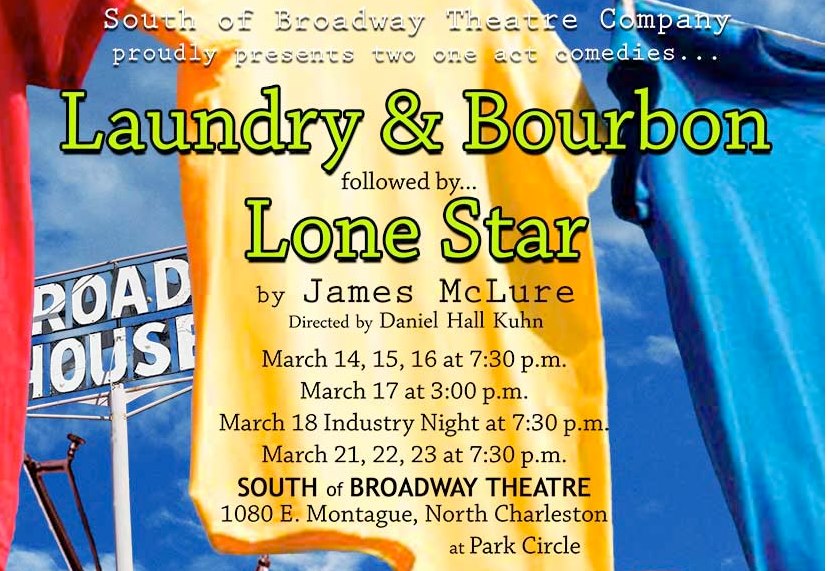 South of Broadway Theatre Company is presenting two one act comedies…”Laundry & Bourbon” followed by “Lone Star”.  For those of you who were not aware, South of Broadway is a little black box theatre  located in the olde village area of Park Circle.  With seating of around 100, this intimate little spot is a great location to take in some live theatre.  “Laundry & Bourbon” and “Lone Star” are written by James McLure and are plays that explore small town life during the early ’70s in Texas.  Directed by Daniel Hall Kuhn, performances will run from March 14 to March 23, 2013.

Check out the complete schedule of shows coming up at South of Broadway Theatre here.