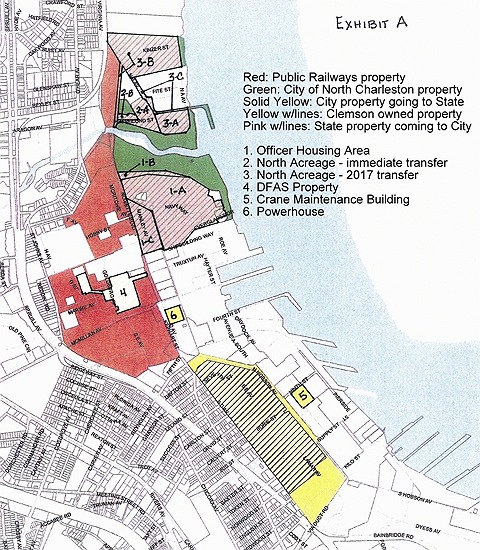 For residents of Park Circle, this rail dispute has been ongoing for the past several years.  The recent settlement between City and state can either be seen as a step in the right direction or a defeat, either way the issue was settled yesterday and ratified this morning.    The city and the state will exchange properties on the Navy Yard, with North Charleston gaining ownership of more than 85 acres on the northern end while the state gets a piece of the southern end as well as a crane maintenance building and the Powerhouse building.  Here is what the Navy Yard will look like once properties start changing hands.

For those who didn’t know, the main point of contention between the City of North Charleston and the State was that the State had promised the City that any new rail lines would be routed through the South end of the Navy Yard away from the houses and businesses in the Park Circle area.  With the settlement, the State will now run new rail lines through the northern end, but will look at ways with the City to determine the best routes for train and truck traffic to minimize the impact on surrounding neighborhoods.  Read about the settlement in the Charleston City Paper.  I, for one will make sure to stay up-to-date on this situation as it affects all of us who live in the Park Circle neighbhorhood and will let you know as soon as I know! 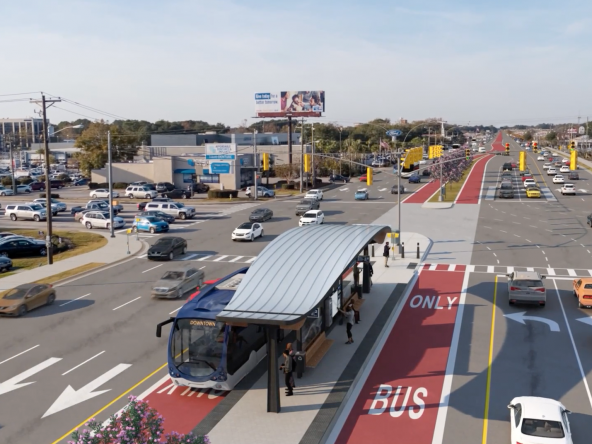 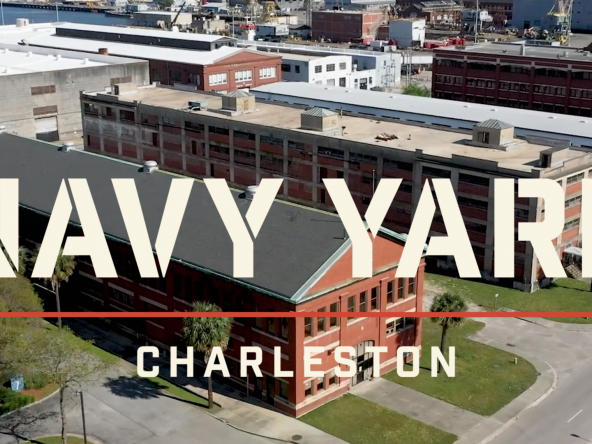 Navy Yard Charleston The old Navy Base is ready for an "exciting" transformation as plans to...
Continue reading
by Neil Bansil 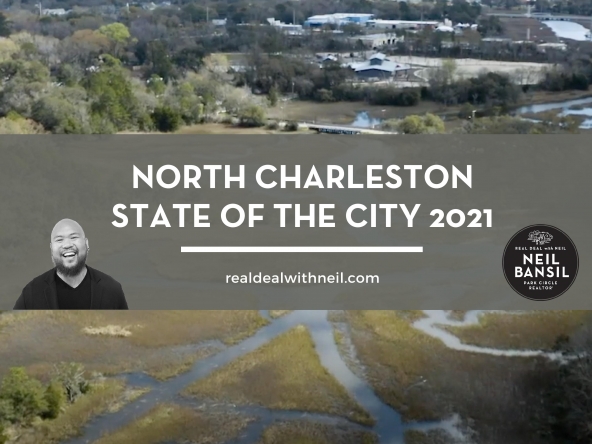 North Charleston State of the City 2021