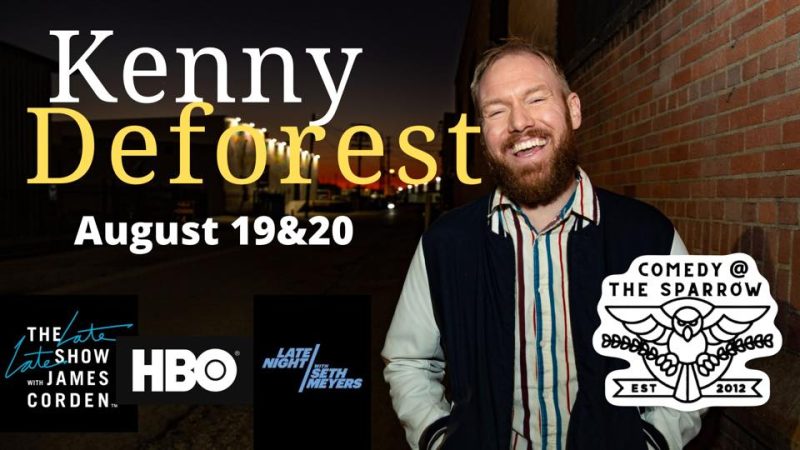 Comedy at The Sparrow with Kenny DeForest

Come out and see Kenny LIVE at Comedy@ The Sparrow! Two nights! One heck of a good time.
Kenny DeForest is a stand-up comedian, writer, and actor best known for his appearances on Late Night with Seth Meyers, The Late Late Show with James Corden, Comedy Central Stand-up, HBO’s “Crashing”, TruTV’s “Friends of the People”, and as a former producer and co-host of “Comedy at the Knitting Factory”, widely considered to be one of the best independently run comedy shows in the world.
In 2017, he recorded his debut stand-up album “B.A.D. Dreams” with Comedy Dynamics, which debuted #1 on iTunes, and in 2015 he was named one of Comedy Central’s “Comics to Watch.” In 2018, he was invited to perform in the prestigious Just For Laughs Comedy Festival in Montreal as a “New Face” where he was named “Best of the New Faces” by The Village Voice. In 2016, he was included in the “50 Funniest People in Brooklyn” by Brooklyn Magazine.
With a wry grin and a gentle heart, DeForest guides his audiences through the darkest recesses of human existence and shines a light on them to remind us all that, more often than not, the boogeyman is actually just an absurdly funny glitch in the matrix.
Tags: Comedy at the Sparrow, Kenny DeForest, The Sparrow