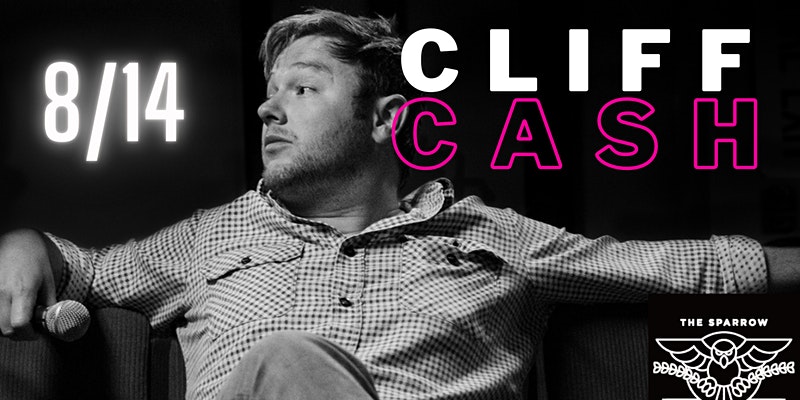 Comedy at The Sparrow with Cliff Cash

One night, two shows! CLIFF CASH! At the home of Charleston stand-up, The Sparrow

Cliff Cash is the funniest guy you haven’t heard of (yet). Kevin Nealon called him a mix between Rory Scovel and Bill Hicks. Kristine Levine of Portlandia called his set “Chef’s kiss perfect”.

His style of comedy has been called “more than just funny” and said to “embody the new south”. A south yearning to be seen as more than camouflage and racism, a generation of young Americans bucking the often archaic values and dogma they were raised on. His brand of humor fearlessly tackles subjects of racism, homophobia, greed, war, loss, death, divorce, and the danger of ignorance in pop culture and music. One moment he’s using a satirical uber-conservative redneck character to illuminate the fallacies of the far-right talking points. The next moment he cleverly dissects some of today’s most absurd rap lyrics. Cash remains dynamic and unique from the time he steps on stage until he says goodnight.

When he’s not on stage, Cliff spends most of his time in nature. He’s on a mission to see #everynationalpark and put a million miles on his Mercedes wagon that he essentially lives in #miIlionmilemercedes. In 6 short years, Cash has racked up an impressive list of credits for a comic not living in a major market, including: