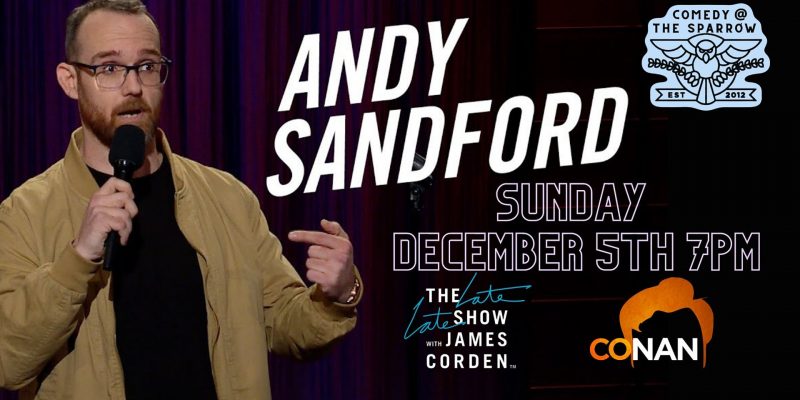 Comedy at The Sparrow with Andy Sandford

One night only! Andy Sandford! As seen on Conan and The Late Late Show!

Andy Sandford is a comedian who got funny in Atlanta, GA, and is now based out of New York City. Andy has performed his jokes on Conan and The Late Late Show with James Corden, as well as other, less prestigious shows. Andy’s debut album, Me the Whole Time; was one of Splitsider’s “9 Best Standup Albums of The Year.“ His hour special, “Shameful Information,” is currently featured on Amazon Prime. Sandford even played an animated version of himself on Adult Swim’s Aqua Teen Hunger Force. The Village Voice called him, “one of New York’s comedic gems;” and despite all of this, he has managed to remain humble.