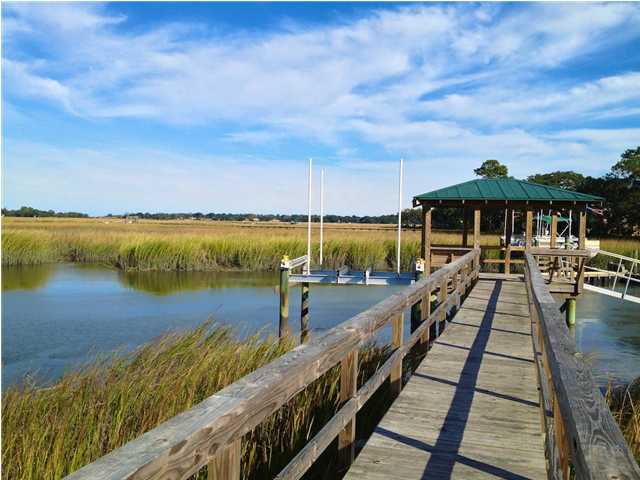 James Island  is a town in Charleston County, South Carolina.

Long settled as a semi-rural area, this island has been affected by increasing urbanization and the expansion of the city of Charleston. Island residents created the corporation of the Town of James Island on January 8, 1993 and sought recognition by the South Carolina state legislature. A lawsuit was filed by Charleston as the city sought the right to freely annex additional areas for expansion. A second attempt at recognition in 2002 also failed. Driving these efforts was a hatred for Charleston Mayor Joe Riley.

South Carolina changed the state laws affecting incorporation, effective on July 1, 2005. A third attempt to become a town was successful in June 2006, when about 3,000 voted to incorporate. The day after the vote, Charleston mayor Joseph P. Riley, Jr. filed a lawsuit against the town for the third time saying that it was unconstitutional. The town administration continued its operations while awaiting the court ruling. Mary Clark was elected mayor of the town for the third time in August 2008. Soon after taking office, Mayor Clark seems to have set about to provide all services required under the South Carolina Incorporation law.

On November 7, 2008 the City of Charleston lost its lawsuit against the Town of James Island in State Appellate Court. On June 20, 2011, the South Carolina Supreme Court reversed the lower court’s ruling, once again invalidating the existence of the town. The Town has stated that this decision will be further appealed.

The town uses the Charleston County Sheriff for police and the James Island Public Service District (JIPSD) for fire protection, refuse collection, and sewer service. Each resident of the town pays taxes to the county and the JIPSD.

The Town of James Island used to provide planning and zoning, building inspections, and code enforcement services. Public works, including drainage ditch maintenance, road repairs (filling potholes), and earth road maintenance are provided through the use of both private contractors and Charleston County public works.

James Island is the home of many historical events and areas. The last remaining Sea Island cotton plantation, McLeod Plantation, is on James Island and was recently sold by Historic Charleston Foundation to the Charleston County Parks and Recreation Commission. Ft. Johnson is the site of the first shot of the Civil War, and the remains of Ft. Lamar are nearby. Recent renovations of historical places include the Seashore Farmer’s Lodge on Sol Legare Road.

All info courtesy of Wikipedia.com